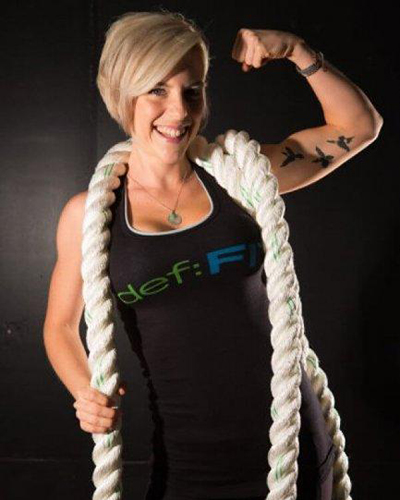 Melanie Gaffney is a personal trainer and boot camp instructor with over six years of experience in the fitness industry, having started her journey at the YMCA and eventually branching out to teach her very own Melanie Mania classes. An avid runner, Melanie has completed three half-marathons and dozens of shorter races. In addition to her time spent training, Melanie also spends her days hanging out with her six-year old son Aidan, and working on her novel — one of two that are scheduled to be published in October of this year! Melanie believes in the idea that, with a little motivation and a lot of consistent work, anyone is capable of becoming the best version of him or herself. Oh! And don’t be fooled by the smile — Melanie’s latest nickname, coined by one of her boot-campers, is Evil Tinkerbell. Which means she’ll kick your butt. But she always says please and thank you.